Jason Aldean takes the top spot on the Billboard Country Airplay for a second week and claims this week’s leading position on the Mediabase/Country Aircheck singles chart with his 21st career Number One single “Drowns the Whiskey” featuring Miranda Lambert.

Written by Brandon Kinney, Jeff Middleton and Josh Thompson, “Drowns the Whiskey” is saturated in well-worn emotions and “harkens back to songs by country legends that explored turning to vices in an attempt to stomp out a heartache” (Wide Open Country). Click below to hear it now. 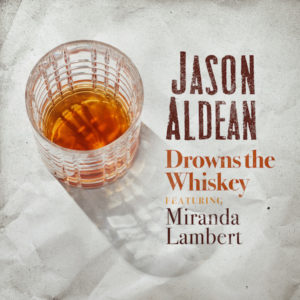